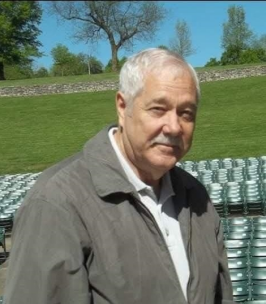 Funeral service will be 9:00 AM, Tuesday, December 21, 2021, at the Becker-Dyer-Stanton Funeral home, with burial to follow at the Leavenworth National Cemetery, Leavenworth, KS, at 11:00 AM. Memorials are suggested to Wounded Warriors and may be sent in care of the funeral home. Online condolences may be left at www.beckerdyer.com.

He was born on September 13,1946 in Kansas City, MO to Warren and Carmen
(Rose) Lawless. Warren graduated from William Chrisman High School in Independence, MO
in 1964. After high school Warren joined the Navy and served our country in the Vietnam War
for several years. After being discharged from the Navy, he became an electrician for MG&E where he worked for over 20 years until his retirement in 2008. Warren loved working on the farm with his grandfather, gardening and planting flowers, horses, the Colorado mountains, woodworking and making birdhouses. Warren loved spending time with his family, especially his grandchildren. He was looking forward to welcoming a new one in the spring.

Warren is survived by the mother of his children, Mary (Beldin) Lawless, his children,
Jacob (Linda) Lawless, Daniel (Kim) Lawless and Anna Lawless and a stepson Ben; two
grandchildren, Grant and Kate; his sister Karen Lawless (Betts); his brother Ronnie Lawless and
many nieces and nephews.

He was preceded in death by his parents, his brother-in-law George Betts and sister-in-law JoAnn Lawless.

All rights reserved. This obituary is also archived at obittree.com