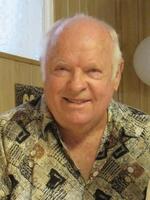 Memorial service will be held at 6:00 PM Thursday, February 10, 2022 at the New Covenant United Methodist Church, Nortonville, KS, with Rev. Larry Buss officiating. The family will receive friends prior to the service from 5:00 PM to 6:00 PM at the church. Memorials are suggested to the New Covenant United Methodist Church and may be sent in care of the Becker-Dyer-Stanton & O’Trimble Funeral Home who have been entrusted with the arrangements. Condolences may be left at www.beckerdyer.com.

Eugene was born July 15, 1942, in Atchison, KS, the son of Edgar and Inez (Stacey) Dunn. Gene attended grade school in the area and graduated from ACCHS in Effingham, KS, in 1960. Gene worked at Blish Mize in Atchison for a year after graduation and then engaged in farming for sixty years. Everything he did centered around his family and farming. Gene was a very active member of the Nortonville United Methodist Church where he was a trustee and chairman for several years. Gene was also a member of the Atchison County Young Farmers and Lions Club. He enjoyed collecting cars and antique John Deere Tractors. Gene didn’t know a stranger and could talk to anyone and would do anything for anyone especially if you had pie and ice cream.

He was preceded by his parents, a brother, Bob Dunn, a grandson, Kristopher Akerley and a nephew Corey Dunn and his mother Peggy Dunn.

All rights reserved. This obituary is also archived at obittree.com